skip to main | skip to sidebar

Why Can't our Heroes be Heroines?

SHE WRITES and Teri Coyne host

a reading with authors

Ordinary Women: Extraordinary Heroines is on the road to Chicago where Women & Children First Bookstore will be hosting another great evening of readings and discussion of the different ways heroines appear in fiction. Once again, SHE WRITES and Teri Coyne will co-host the event and introduce a great panel of authors who will read from their work.
Meet our Authors 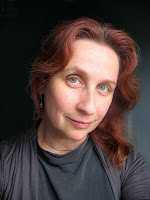 Audrey Niffenegger
Audrey trained as a visual artist at the School of the Art Institute of Chicago, and received her MFA from Northwestern University’s Department of Art Theory and Practice in 1991. Her first books were printed and bound by hand in editions of ten. Two of these have since been commercially published by Harry N. Abrams: The Adventuress and The Three Incestuous Sisters. In 1997 Miss Niffenegger had an idea for a book about a time traveler and his wife. She published The Time Traveler’s Wife in 2003 with the independent publisher MacAdam/Cage. It was an international best seller, and has been made into a movie.

Miss Niffenegger’s second novel, Her Fearful Symmetry, was published in 2009 by Scribner (USA), Jonathan Cape (UK) and many other fine publishers around the world. She recently made a serialized graphic novel for the London Guardian, The Night Bookmobile, which will be published in book form in 2010. Other current projects include an art exhibit at Printworks Gallery in September, 2010, and a third novel, The Chinchilla Girl in Exile. Amina Gautier
Amina Gautier’s fiction has appeared in The Antioch Review, Iowa Review, Kenyon Review, North American Review, The Southern Review, StoryQuarterly, and numerous anthologies, including Best African American Fiction, and New Stories from the South. She is the author of At Risk (University of Georgia, 2011; forthcoming), which won the Flannery O'Connor Short Fiction Award for 2010, and an Assistant Professor of English at Saint Joseph’s University in Philadelphia. She is currently writing a monograph on Charles W. Chesnutt and the politics of gender.

Emily Gray Tedrowe
Emily has published fiction in Crab Orchard Review, Other Voices, and Sycamore Review, among other journals. She won an Illinois Arts Council Literary Award for one of her short stories, and has received fellowships from the Ragdale Foundation and the Virginia Center for Creative Artists. Born in New York City, Emily lives in Chicago with her husband and two daughters. Commuters is her first novel. 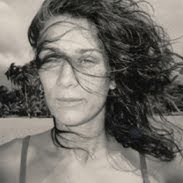 Zoe Zolbrod
A long time ago, Zoe Zolbrod took a solo backpacking trip around Southeast Asia, and when she got back, she started writing about it. Related short stories and nonfiction have appeared in places like The Chicago Reader, Fish Stories Collectives, and Maxine, a zine she co-founded in the 1990s.Currency, her first novel, has been in the works since back then, too. She's currently a senior editor for Houghton Mifflin Harcourt and lives in Evanston, IL, with her two kids and her husband, the artist Mark DeBernardi.

Teri Coyne
A former stand-up comedian, Teri Coyne is an exciting new literary voice whose dark, edgy, page-turning debut novel The Last Bridge (Ballantine Trade Paperback; 2010) delves into the lengths one woman will travel to escape her past. The Last Bridge has garnered critical praise from Publishers Weekly, Kirkus Reviews, Booklist, and The Huntington News. It was also recommended by The Daily Beast, and LA Times and selected as a Target Breakout Book.

Currently calling New York home, she will be a featured presenter at the upcoming Wisconsin Book Festival and is working on her second novel. 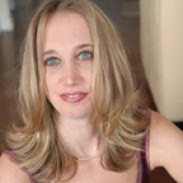 rtner/Director of Content and Community at She Writes (www.shewrites.com), is the author of Sisterhood, Interrupted: From Radical Women to Grrls Gone Wild (Palgrave Macmillan), co-editor of the literary anthology Only Child (Harmony/Random House), and founder of the blog Girl w/Pen (girlwpen.com). Her writings on women, feminism, contemporary families, sex, and popular culture have appeared in venues including The Washington Post, The Guardian, Slate’s The Big Money, The Huffington Post, The American Prospect, More, Psychology Today, andRecessionwire. Deborah has lead myriad workshops and consulted with individuals, organizations, and companies seeking to expand their public platform through books, new media, and blogs. A member of the Women’s Media Center, a Fellow at the W

oodhull Institute for Ethical Leadership, and a Board Member of the Council on Contemporary Families, she is a frequent media commen

tator and lectures at campuses and conferences nationwide. A Winnetka native with very fond memories of the English Department at New Trier High School, she currently lives in Brooklyn with her h

Women & Children First Bookstore
Women and Children First (WCF) is one of the largest feminist bookstores in the country, stocking more than 30,000 books by and about women, children's books for all ages, and the best of lesbian and gay fiction and non-fiction, as well as music, videos, magazines and pride products. WCF began in a modest storefront in 1979 and is now in a northside Chicago neighborhood known for its diversity, queer-friendliness, women-owned businesses and community spirit. Staffers include teachers, graduate students, professional writers and storytellers, political activists, board members, and poets. Each is a reader, a feminist, and a bookseller. Their mission is to promote the work of women writers and to create a place in which all women can find books reflecting their lives and interests, in an atmosphere where all are respected, valued, and well-served.