skip to main | skip to sidebar

Why Can't our Heroes be Heroines?

SHE WRITES and Teri Coyne host

a reading with authors

Introducing Our Co-hosts for the evening 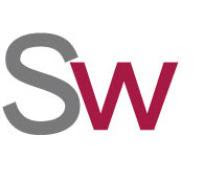 She Writes:
She Writes is a community and a workplace for women who write, with over 8000 active members from all fifty states and more than thirty countries. Right now, emerging writers and established bestsellers are finding services, support and actionable advice on She Writes. In the future, a linked network, She Reads, will empower women writers further by connecting them directly to readers in a marketplace distinguished by its commitment to the production and distribution of high quality content: She Reads/She Writes.

She Writes was founded by author and salonniere Kamy Wicoff, in partnership with Deborah Siegel, author, consultant and Ph.D. It is a mission-driven company, based on the belief that writing is life- and world-changing for women.

Learn more about She Writes 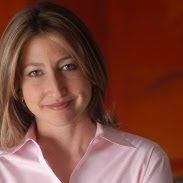 Kamy Wicoff is the Founder and CEO of SHE WRITES. She is the co-founder, with Nancy K. Miller, of the New York Salon of Women Writers, and the best-selling author of I Do But I Don’t: Why The Way We Marry Matters (Da Capo Press, March 2007). She serves on the Advisory Council of Stanford University’s Clayman Institute for Gender Research, and was the first fiction/nonfiction editor of Women’s Studies Quarterly. Her work has appeared in Salon.com, and has been anthologized in Why I’m Still Married: Women Write Their Hearts Out on Love, Loss, Sex and Who Does the Dishes (Hudson Press, February 2006), and About Face: Women Write About What They See When They Look In The Mirror (Seal Press, June 2008). She has appeared on NPR, CBS Sunday Morning, and in The New York Times. Kamy lives in New York with her sons, Max and Jed.

About Deborah:
Deborah Siegel, Founding Partner and VP at Large, is the author of Sisterhood, Interrupted: From Radical Women to Grrls Gone Wild, co-editor of the literary anthology Only Child: Writers on the Singular Joys and Solitary Sorrows of Growing Up Solo, founder of the blog Girl w/Pen, and co-founder of the webjournal The Scholar & Feminist Online. Her writings on women, feminism, contemporary families, sex, and popular culture have appeared in venues including The Washington Post, The Guardian, Slate’s The Big Money, Recessionwire (where she penned the popular Love in the Time of Layoff column), The Huffington Post, The American Prospect, More, Psychology Today, and The Mothers Movement Online. Deborah has lead myriad workshops and consulted with individuals, organizations, and companies seeking to expand their public platform through books, new media, and blogs. Organizational clients have included the Women’s Funding Network, the White House Project, the National Council for Research on Women, the National Women’s Studies Association, Catalyst, the Women’s Media Center, the Maynard Institute for Journalism Education, the Family Violence Prevention Fund, and the Woodhull Institute for Ethical Leadership. An alumna of the first class of the Women’s Media Center’s Progressive Women’s Voices program, a Fellow at the Woodhull Institute for Ethical Leadership, and a Board Member of the Council on Contemporary Families, she is a frequent media commentator and lectures at campuses and conferences nationwide. She lives in Brooklyn with the graphic designer Marco Acevedo and their 6-month old twins, Anya and Teo.